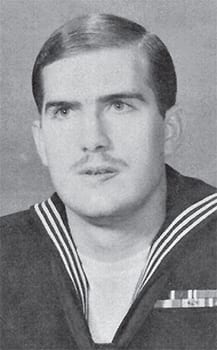 Robert “Bob” Dean Miller, 74, went to be with our Lord and Savior on Monday, March 29, 2021, in Roswell, New Mexico. Please take a moment and share a kind thought or memory with Robert’s family at www.andersonbethany.com.

On February 21, 1947, Robert was born in Roswell, NM at St. Mary’s Hospital to Frederick A. Miller and Betty J. Miller. During Bob’s adolescent years, he enjoyed playing with his siblings at the East 5th Street Park, 2 doors down from his home and during his high school years he stayed busy working after school and weekends at the Plyer’s Drug Store on East Second Street in Roswell.

Bob graduated from Roswell High School, Roswell, NM, in 1965. Immediately after graduation, Bob surprised his parents when he told them he was going to join the Navy. Bob enlisted in the service (the “Navy”) on December 12, 1965. Shortly after, he received his basic hospital school training from March 24th to June 30th in 1966, Bob graduated as a hospital corpsman. A corpsman is an enlisted medical specialist of the United States Navy, who may also serve in a United States Marine Corps unit. After graduation he was assigned to the 3rd Battalion, 5th Marines (the “3/5”, nicknamed “Dark Horse”) in Vietnam, which is part of the 1st Marine Division. The 3/5 is an infantry battalion in the United States Marine Corps. From April 1966 to March 1971, the 3/5 fought in Vietnam during the Vietnam War and the received 2 Presidential Unit Citations. During Bob’s service to his country, he was responsible for making life and death decisions while treating wounded marines. For his service Bob received the National Defense Service Medal; the Vietnam Service Medal with Service Star and FMF combat operation insignia; the Navy Achievement Medal with Distinguishing Device; the Vietnam Campaign Medal with Device and the Purple Heart Medal. On April 28, 1969, Bob was Honorable Discharged as an E-5 (Petty Officer Second Class) and placed on the temporary retired list due to the wounds he sustained in Vietnam.

After retiring from the military, Bob returned home to Roswell. This is where he met the love of his life, Rosalind “Roz” Cordova. Bob married Roz at the NMMI Chapel on December 6, 1975, in Roswell, NM. After their marriage, they made their way to Carlsbad, CA, and made it their home for many years. While in California, Bob began the next chapter of his life. He earned his bachelor’s degree in nursing and a master’s degree in sociology. Bob worked as a Registered Nurse (RN) at a hospital in Carlsbad, CA. As soon Bob and Roz moved back to Roswell, NM, he continued his nursing career at Eastern New Mexico Medical Center and St. Mary’s Hospital. He also worked at Counseling Associates and the New Mexico Rehab Center, in Roswell, before retiring.

Bob will be missed by his family and friends. The family would like to give a special “Thanks” to Randall J. McGuire and his staff at McGuire Wound & Ostomy Center for all the love and care Bob received from them for so many years. A Military Memorial Service will be held for Bob at General Douglas L. McBride Veterans Cemetery on Tuesday, June 8, 2021, at 10:00 AM.

Bob’s tribute has been written in his honor by his family.