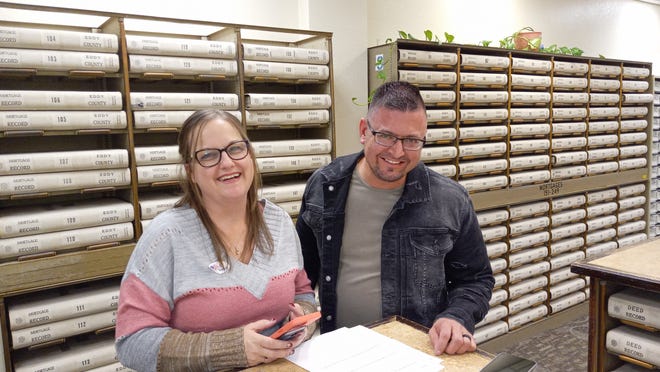 Jason Shirley hopes to devote more time to his ministry after leaving the Carlsbad City Council.

He did not seek another term in this year’s election.

Shirley was first elected to Ward 3 in 2012, serving about 10 years until he departs from the office in January 2022.

“My first priority is my ministry and so the other things that I have done are all secondary to that and so as time progressed it was just time for me to spend more time in that,” he said.

Shirley is an associate pastor at Carlsbad’s Word of Life Church, where gives sermons and plays music for members of the church, while also organizing events and leading members in prayer.

In his dual role of pastor and policymaker, Shirley described the last decade as a “progressive” time for the City of Carlsbad.

He said the community saw lots of changes and an influx new people during his tenure, bringing ever-shifting challenges to the city.

“Navigating the new opportunities, we have is something that I have been proud to be a part of,” Shirley said. “We’ve experienced growth like most of us have never seen.”

“We’re not so small anymore and dealing with those challenges and coming along in a responsible way I feel like we have done a good job and I’m proud to have been a part of that,” he said.

“Carlsbad has been overwhelmingly good to me and I appreciate the time that you’ve allowed me to serve you and even though I won’t be in this capacity I will never stop serving the people of Carlsbad.”

More:Thank you to all who sought election to local public office

In the months since her victory, Hamel Niemeier said she research city policy and past meeting agendas to prepare for assuming the post at the start of next year.

“Since being elected, I’ve been reviewing some of the city council agenda packets on the city’s website, reading how and what the councilors have voted for and against (and) reading about potential condemning of properties, changes of zones, transfers of liquor licenses, and budget approvals and adjustments,” she said.

“I have watched him grow as a city councilor, and he has been an example to me. As I am learning to become an outstanding city councilor, I will look to Jason and other city councilors, current and past, for guidance,” Hamel Niemeier said.

Hamel Niemeier said her experience as MainStreet’s director developed experiences with other city councilors and City of Carlsbad government personnel.

“I worked hard to create economic vitality. During my tenure, we brought many new businesses to downtown Carlsbad, supported current downtown businesses, and helped with the expansion of others. I plan to put that same energy and experience to work to continue the growth and opportunity for all of Carlsbad,” she said.

More:Thank you to all who sought election to local public office

Hamel Niemeier admitted she is nervous about her new role and said her goal is to see Carlsbad’s younger population remain in the community after high school graduation.

“My goals for 2022 is to do my homework, remain neutral until I have a full understanding of each side of a topic,” she said.

Rodriguez and Walterscheid won reelection to their respective wards last month with no opposition.

Shirley’s advice for city councilors new and returning: they work for the citizens of Carlsbad

“One of the things I learned early on is we are representatives of the people. Our agenda comes from our constituents,” Shirley said.

He said open lines of communication, transparency and conversations with citizens made his time on City Council successful.

“As elected officials we can never forget we work for the people.”