Rains pounded Carlsbad and Eddy County in recent weeks, leading to widespread flooding, damage to property and death when a man was swept away by floodwaters at a low-water crossing.

But locals hoped amid the destruction, the heavy rainfall could bring relief to dire drought conditions that strangled the region over the past year as wells ran dry and farmers and ranchers reduced herds and acreage.

Records from the National Weather Service showed Carlsbad already received about 4.3 inches of rain this year, with most of it falling in June and July, and Artesia recorded about 7.5 inches.

Although locals hoped the rains could be the region’s escape from drought, State Climatologist Dave Dubois with New Mexico State University said it wasn’t over yet.

The southeast corner of Eddy was also free of drought at the time of the update.

Eddy was mostly in moderate drought, the second lowest drought class on a scale of five and Lea had abnormally dry, the lowest and severe drought conditions.

Both counties had a small sliver of extreme drought, the fourth-highest drought class, in their northwest corners while Eddy had a small patch of the highest class, exceptional drought, on its western border to Otero County.

Dubois said the relief came from a strong opening monsoon, a season known for heavy, sporadic downpours during the summer months.

“We’ve gotten a really good start to the monsoon,” he said. “We’ve made up for the deficit in a few areas.”

But regardless of a cluster of high rains, Dubois said the devastating impacts of drought remained for farmers and public lands.

He said it was more beneficial to get half an inch a week of rain over several months than to get all of it within weeks.

“The drought isn’t just about precipitation,” Dubois said. “We’ve been dealing with the effects of drought for years. There’s still a lot of struggling vegetation.”

He said he hoped for 6 to 10 more inches in the coming months, but worried August and September were forecast to be dryer than average. 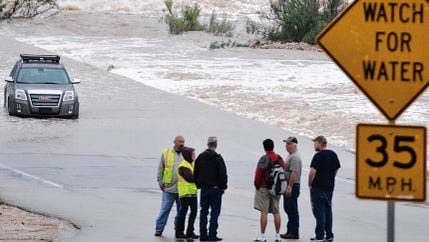 More rain coming. But will it be enough?

She said thunderstorms will begin setting up in the mountains outside of Carlsbad over the weekend, but they could drift over the city.

“They will be mostly in the mountains,” she said of the incoming storms. “But we can’t rule out them moving in.”

Monday night through Tuesday had the highest potential for heavy rain, Phillipson said as a moisture front was expected to move south into the area.

“That will cause precipitation to ramp up,” she said.

Southeast New Mexico and West Texas saw such heavy rains this summer because the regions were caught between strong ridge of warm air and heat to the west and moisture trough to the east, Phillipson said.

The ridge to the West, which caused high heat and wildfires along the pacific coast this year hadn’t moved far enough east yet to impact Carlsbad or Midland areas, she said, meaning it couldn’t stop the moisture setting in from the east.

“There’s been that ridge to the west which is why the western U.S. has stayed so hot and dry,” she said. “That’s stayed out west, and we’ve had this trough to the east that’s allowed our area to see more cool temperatures and rain.” 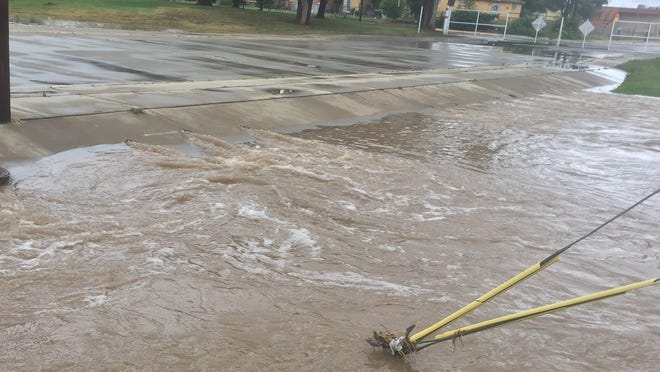 But drought conditions did persist, Phillipson said, and would only be allayed by continued downpours, which could risk additional flooding events.

“Right now, it’s not looking this (upcoming) rain event will be as significant as before, but if those storms set up above these arroyos and creek beds, there could a risk of flash flooding,” she said. “We are still seeing drought conditions out there. Hopefully with more rain, y’all will get some relief.”

Dubois said there was a 66 percent chance of New Mexico returning to a La Niña weather pattern this year, known for hotter and dryer conditions in the southwest compared to the cooler and wetter La Nino the region appeared to be in recently.

“Niña tends to push the strong storms further north,” he said. “We may get more rain and storms, but we could more wind than precipitation. I wouldn’t say the drought is broken yet. Normally, we like to have a slow and steady recovery rather than just a big dump.”

And temperatures have continued to get hotter each year, Dubois said, with 2020 reported as the second-hottest year on record after 2012.

“We can’t attribute climate change to everything, but it has a fingerprint on it,” Dubois said. “The average temperature is going up. The probability for warmer weather is increasing. From the surface, this looks good. But we’re still struggling.”

The recent flooding caused by the sudden dump of rain led to Gov. Michelle Lujan Grisham issuing a state of emergency for Eddy County, along with Valencia County and Belen to the north – areas that also saw devastating floods.

The declaration brought in $750,000 in state disaster relief to repair damage caused by floods from the New Mexico Department of Homeland Security and Emergency Management (DHSEM) to each local government.

“These declarations will help our local governments implement critical response and recovery efforts to keep their communities safe,” said DHSEM Secretary Bianca Ortiz-Wertheim. “For one, these funds can help repair damaged roads, bridges, sewage systems, and other infrastructure that residents and businesses need to thrive.” 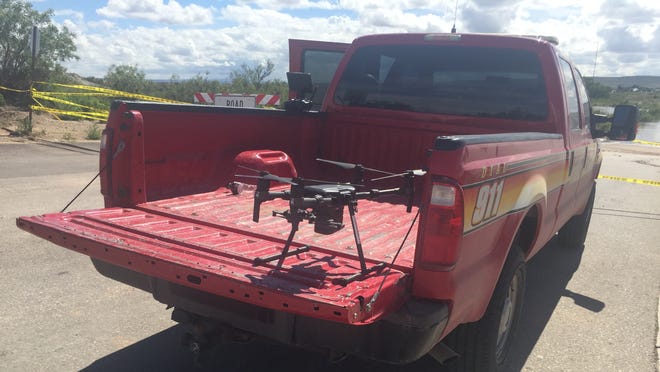