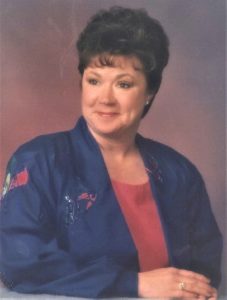 Diane was born on November 1, 1946, in Minneapolis, Minnesota, and graduated from Washburn High School, Minneapolis. She went on to earn a Bachelor of Arts in Education from the University of Minnesota and a Master in Business Administration (Management) from National University in San Diego, California.

She taught elementary school in Havelock, North Carolina, and Yuma, Arizona. In 1986, she became the Program Manager at the Amphibian Vehicle Test Branch in Camp Pendleton, CA. In 1993, she bought and operated the Rustic Lodge in Panguitch, Utah.

In 2000, Diane moved to Oakhurst to marry John van Deursen where they attended Christ Church. She was integral to the functioning of her church serving on the Vestry and as the church’s Treasurer. She also served on the Altar Guild, sang in the choir and coordinated fellowship events.

However, she will be remembered for founding the Martha’s Market ministry which sold handcrafted items at the Christ Church Holiday Boutique each year to raise thousands of dollars for outreach projects in Oakhurst and beyond. The boutique featured Mountain Mustard prepared from Diane’s special recipe that she brought from the Rustic Lodge in Utah.

A funeral celebrating her life will be offered on August 14th at 2 p.m. at Christ Church Anglican in Oakhurst.

In lieu of flowers, the family requests donations to Manna House in Oakhurst and Helping Hands in Oakhurst.