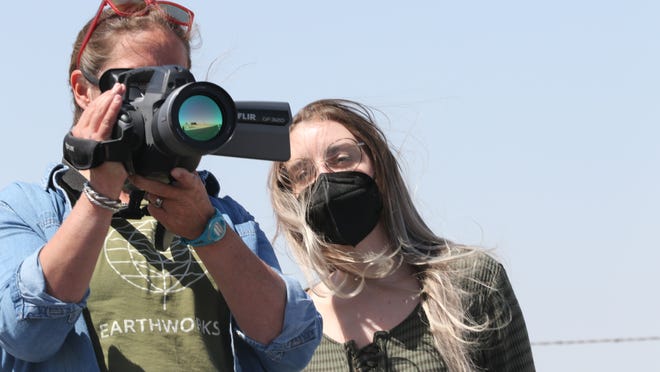 A local environmental group in Carlsbad sought to complete a health impact assessment (HIA) on oil and gas in southeast New Mexico, where they were concerned growth in fossil fuel extraction led to increases in air pollutants to the detriment of public health.

Citizens Caring for the Future hosted a virtual meeting in April seeking input from national groups and those from northwest New Mexico’s San Juan Basin region where heavy gas extraction was credited with one of the world’s largest methane clouds above the Four Corners area.

The potential HIA would involve air monitoring in the Carlsbad area along with health and cultural surveys as to how oil and has affected local residents.

Meanwhile, the Permian Basin region in southeast New Mexico boomed in recent years with the advent of hydraulic fracturing or fracking and Carlsbad in Eddy County and Hobbs in neighboring Lea County were reported to have ground-level ozone in excess of federal standards.

Environmentalists also worried the growing oil and gas infrastructure also led to volatile organic compounds like benzene that could be precursors to ozone – creating the cancer-causing gas when interacting with sunlight.

The group sought input from New Mexico groups in the San Juan region where a similar study was conducted to study the impacts on people and the environment of booming oil and gas development.

Nick King of Citizens Caring for the Future, also a pastor at the Carlsbad Mennonite Church, said studying the health impacts as needed as companies appeared poised to continue drilling for oil and gas in and around King’s community.

King talked about studies conducted by national group Earthworks that used forward-looking infrared (FLIR) cameras to uncover potential emissions at oil and gas sites around the area that would otherwise be invisible to the naked eye.

Teresa Seamster, an early childhood educator working on the HIA in the Chaco Canyon region in northwest New Mexico, focused on the community of Counselor in Sandoval County within the Navajo Nation, said intense oil and gas development in the area led to concentrations of pollutants like particulate matter (PM 2.5), formaldehyde, hydrogen sulfide and VOCs that exceeded national averages.

Formaldehyde, a preservative used in fracking operations, is known to indicate other pollutants in the air, Seamster said.

If inhaled, the chemicals detected can cause respiratory problems, nosebleeds, eye irritation and can lead to cancers and asthma.

Health surveys were conducted in the region with about 80 respondents or 11 percent of Counselor’s population of about 700.

“These symptoms are consistent with repeated exposure to PM 2.5 and the elevated levels of formaldehyde,” she said. “The health risks from elevated PM 2.5 and the formaldehyde emissions is significant and needs to be mitigate. Chemical toxicity in humans can occur within minutes.”

The State’s air monitors are located too far away from the areas of potentially highest pollution to be able to assess the health risks in the remote communities near oil and gas, Seamster said, so air monitors were installed locally for the HIA.

In response to the HIA, the New Mexico State Land Office issued an executive based on the impacts of oil and gas on communities in the Chaco Canyon area and halted all new leases within a 10-mile buffer zone around Chacon Canyon in 2019 while the U.S. Department of the Interior established a 1-year moratorium on federal leases in the area.

Kendra Pinto, a Counselor resident and activist in the Chaco Canyon area said the needs of industry must be balanced with protections for the environment and human safety.

She said the area where she lives is a “checkerboard” of land management agencies, whether owned by the State and Federal or Tribal governments and private landowners.

Pinto said she took concerns gathered in the region starting in 2014 before Congress to advocate government leaders engage in more thorough analysis of the industry’s impacts which she said have worsened over time.

Through advocacy work and more studies in the region, she said more data became available that could illicit policy changes to better preserve the environment.

“It used to be we could occasionally smell gas odors from new fracking sites. Now it’s pretty common which it shouldn’t be,” Pinto said. “But with continued conversations about the impacts of fracking over the past few years, it definitely has led to some changes.” 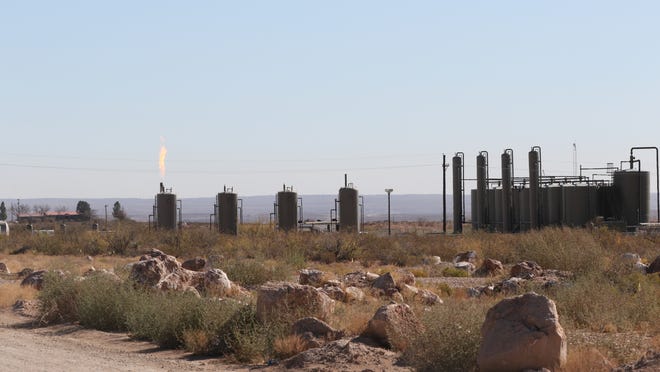